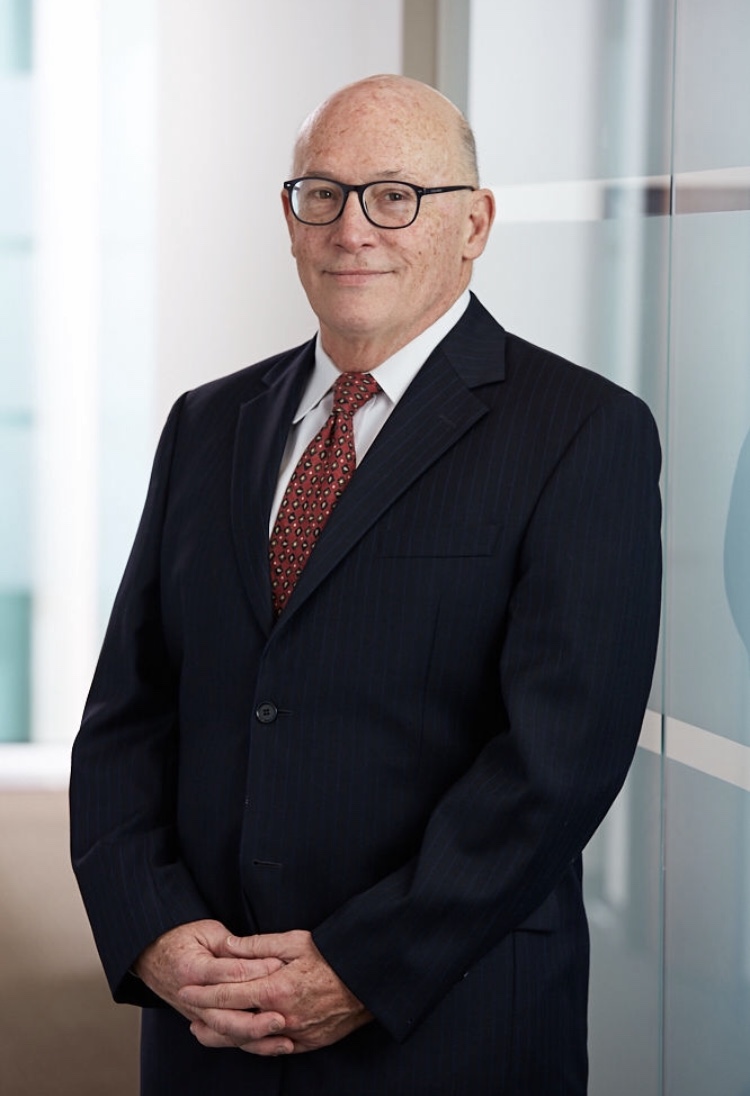 Jonathan H. Steinberg is of counsel to Lowenstein & Weatherwax LLP, and has extensive experience in complex litigation in federal and state courts, including the litigation of intellectual property disputes involving patents, trademarks, rights of publicity and copyrights.
Chambers and Partners’ USA Guide to Leading Lawyers has lauded Mr. Steinberg’s work, noting his “amazing ability to immediately get to the heart of an issue,” his “world class judgment” and his “powerful courtroom style.” The Legal 500 described him as “a key attorney for hi-tech patent litigation” and The Best Lawyers in America has consistently recognized him as a leading lawyer.

Mr. Steinberg’s legal career was launched early when, as a second-year associate, he argued successfully in the California Supreme Court on behalf of 28 Members of Congress in Legislature of the State of California, et al. v. George Deukmejian, et al. He went on to represent the Senate of the State of California, the Los Angeles County Board of Supervisors, and the Los Angeles City Council in highly contested redistricting litigation before three-judge federal courts and the United States Supreme Court. In intellectual property matters, Mr. Steinberg successfully battled patent infringement claims asserted against the special effects used in Forrest Gump, Star Wars Episode 1, and Star Wars Episode 2. He represented Intel in a variety of matters, including the defeat of a concerted trademark challenge to Intel’s “MMX Technology.”

In securities law, Steinberg served as counsel for the firm of Hughes, Hubbard and Reed in its defense against claims growing out of the demise of ZZZZ Best, and represented Teledyne, Inc. in a Delaware class action securities case that sought over $1 billion in damages. On appeal to the Delaware Supreme Court, the class was decertified and the damages reduced to $5,000. In addition to the above, Mr. Steinberg has represented a broad range of technology leaders including Intel, Western Digital, Novellus, Industrial Light and Magic, St. Jude Medical, Tessera, and many others.

Mr. Steinberg was a member of the founding board of the USC Intellectual Property Institute, and has been an invited speaker at the national meeting of the ABA Section of Intellectual Property and at numerous Practicing Law Institute programs. He has authored numerous articles and lectures on emerging issues in technology law.
Mr. Steinberg has served on the board of Public Counsel, the Western Law Center for Disability, and is a passionate supporter of classical music. He is Chairman of the Board of iPalpiti Artists International, which sponsors and showcases emerging classical musicians from over 20 countries.

Tessera, Inc. v. Micron Technology, Inc., et al. (E.D. Tex.): Represented Tessera, Inc., a global leader in the development and licensing of semi-conductor packaging technology, in a patent infringement case against Micron Technology and Infineon Technologies AG, two of the world’s largest manufacturers of DRAM. Shortly before trial, both Micron and Infineon agreed to settle the case for $30M and $50M respectively, and to enter into royalty-bearing licenses to Tessera’s patents.

Bloomstein v. Lucas Digital (I) (N.D. Cal.): Represented Lucas Digital and Industrial Light & Magic in an action in the Northern District of California alleging infringement of software patents claimed to cover the special effects created in the film Forrest Gump. Obtained summary adjudication of invalidity on one of the two patents asserted, summary judgment of non-infringement on another patent, and an affirmance in the Federal Circuit.

Applied Materials v. Novellus Systems (N.D. Cal.): Represented Novellus Systems in litigation involving patents relating to physical vapor deposition processes and equipment. After original plaintiff Applied Materials was forced to withdraw one of the patents it asserted, and summary judgment of non-infringement was granted on another two claims of a third were declared invalid by the court, Applied Materials settled the case by providing a royalty-free cross license and multi-million dollar payment to Novellus.

L&W Successfully Defended Two Patents That Were The Subject of $2.18B Judgment